When Emotions Get the "Worst" of Us

Dan Ariely is the James B. Duke Professor of Behavioral Economics at Duke University and author of the New York Times bestseller Predictably Irrational. And to my delight, one fortunate night last year, he was a friend who just happened to stop by my house for dinner. We sat around the dining room table with my wife, our son Justin, his wife and their one-year old daughter. We talked about, among other things, the irrationality of stock prices, the packaging of laundry detergent, and the sleep schedules of toddlers. Take solace that Ariely, a highly intelligent professor and author with doctorates in marketing and psychology, could figure out complex problems involving emotions and economics, but was still trying to get a toddler to sleep through the night.

Ariely and I met at a lecture two years ago. I was intrigued by the focus of his studies: how people behave in the marketplace compared with how they would behave if they were completely rational. His interests span a range of ordinary behaviors: buying, saving, ordering food in restaurants, pain management, procrastination, dishonesty – all under different emotional states.

In a recent Harvard Business Review, Ariely explained how he and research partner Eduardo Andrade set out to prove how one’s past emotional decisions can negatively influence future decisions. Participants were divided into two groups: Group A saw a five minute segment from the movie Life as a House, a clip known to irritate and annoy its viewers. Group B watched a five minute segment of the popular TV show, Friends, known to evoke happy feelings. After that, they played the Ultimatum Game in which the “sender” (Ariely) has $20, and offers the “receiver” (the movie watcher) a portion of that money. Sometimes the offer was fair (you get half and I’ll get half) and other times it wasn’t (you get $5 and I’ll get $15). If the receiver rejected the offer, both sides got absolutely nothing. To make a long story short, the agitated group rejected more offers than the happy group. Even though it was highly irrational behavior, the agitated participants preferred to lose free money in order to punish Ariely for making an “unfair” offer.

Now the really interesting part: after Ariely and Andrade gave the receivers time for their emotions to settle down, they played the game again. The previously annoyed group, now no longer irritated, still rejected far more offers than the happy group, who was now no longer glowing from watching Friends. Why? Because the members of each group had tapped the “memory” of decisions they made earlier, without any regard to whether they were under the influence of being annoyed.

All too often, we see aggravated emotions creep into markets like a fog, turning seemingly easy decisions into difficult ones. If that weren’t enough, we see that the lasting effects continue to obscure the judgments of many, even when the aggravation is long gone. A few years ago, investment banks became frustrated by the low returns offered in the market. So they invented financial products and increased their leverage, sometimes loaning out their capital 30 times over. In effect, these banks were fearfully wrapped up in the potential for lost future profits and made the irrational choice. Sadly, this “experiment” didn’t carry the warning “Don’t Try This At Home!” Homeowners became increasingly irritated by their neighbors, brothers-in-law, and people from TV shows like “Flip That House” making loads of money. That aggravation propelled them to put on the blinders, assume home prices would rise forever, lie about their income, borrow more than they could ever afford, and put themselves squarely in harm’s way.

Likewise, at the end of 2008, Joe and Jane Investor were staggering under the weight of their irritated and annoyed emotions. Every time they opened their statements or turned on the TV, they saw a smaller “number” than the day before. It was hard to see the rational point of view: that the world wasn’t going to end, that P/E multiples were historically low, that stocks were extremely underpriced and that US Treasuries were fairly overpriced. Just like in Ariely’s experiment, investors seemed to be offered $5, free and clear, but turned it down because of emotions rather than rationality.

The irrational behavior continued into 2009 and by all measures appears to still be present today. The Vanguard Group reported that January 2010 was the first month since January 2009 that more money flowed into their stock funds than their bond funds. And according to the Investment Company Institute, it seems that most of the rally was the result of mutual fund managers putting their large cash reserves to work, rather than new investors entering the market. Meaning, when stocks were cheap, investors plowed money into bonds, but once stocks got more expensive, investors decide to buy again. It’s not surprising that Joe and Jane are once again aggravated. They have missed most of the rally and seem willing to buy any stocks, regardless of the business quality or dividend yield.

So, how do Joe and Jane avoid making irrational decisions? Let’s go back to Ariely’s study. Imagine if the aggravated subjects were allowed to consult their most trusted advisor and even let that person make the decision for them. It doesn’t matter if the advisor was their pastor, hairdresser or bartender, as long as they were very rational (i.e. they weren’t affected by the aggravating movie clip), highly qualified (i.e. they knew that $5 was better than $0) and held to a fiduciary responsibility (i.e. they were solely devoted to making sure the subject made the right choice). I can almost guarantee than the instances of irrational behavior would plummet, hopefully to zero. In essence, that’s our job. Our mandate is to think and act as that most trusted advisor for our clients – giving rational, qualified, fiduciary advice and direction. 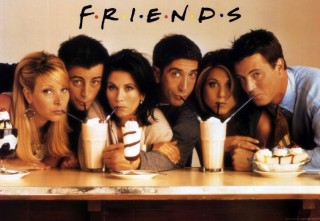 Then how is Jonathan Smith & Company making rational decisions in this market? As we’ve mentioned in recent commentaries, investing rationally today involves: buying high-quality stocks with correspondingly high-quality dividend focuses, owning corporate and high-yield bonds with less inflation risk than treasuries, and aligning our clients’ overall expected risk and return with their respective stomachs and wallets. Perhaps the most meaningful way we’re making rational decisions is by knowing our clients well and helping them navigate their financial lives in a personalized way. We ask everything from “what will you regret on your deathbed?” to “what’s your credit card debt and interest rate?” We inquire about their history of investing and the things that keep them up at night. And we try to impart our experience and knowledge by addressing issues from “how commodities act as a diversifier” to “how to pass on financial wisdom to your kids.”
And if that doesn’t work, we always have a DVD queued to a clip of Friends. For some reason, that usually seems to put everyone in a good mood.